Wireless Bluetooth speakers work with nearly all smartphones (Android, Windows Phone, BlackBerry) and many Android tablets, as well as all iPhones, iPads, and all iPod Touch models (except for the first-gen Touch). Audio fidelity is often a step down from the non-Bluetooth options like AirPlay speakers — but a lot of people can’t hear the difference, and the quality of Bluetooth speakers has improved in recent years. Note that many Bluetooth speakers are designed with rechargeable batteries, so they can be moved from room to room with ease. Some include speakerphone functionality as well. You’ll find our current top Bluetooth picks below. If you’re looking for something else, you can also check out our list of the best speakers overall. 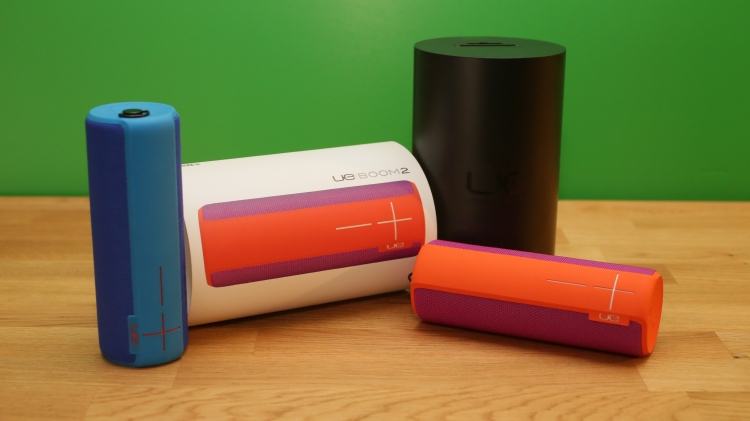 The UE Boom 2 is a compact, durable wireless Bluetooth speaker that plays louder than the original Boom and sounds a little better. It’s stain-resistant, shock-resistant and now fully waterproof. Battery life is a strong 15 hours, and it can be paired with a second UE speaker for stereo sound.

On the outside, at least, not much has changed. That’s because the two speakers look very similar, although there are some small but important cosmetic changes. The new model, which comes in six color options at launch, has a tighter weave on the fabric cover, making it more durable. Also, the flap that covers the ports is now better integrated into the unit with a groove in the top of the speaker that makes everything flush.

The other external change is the degree of weatherproofing. The original was water resistant, but this model is fully waterproof (iPX7 — immersion up to 1 m for 30 minutes), as well as drop-resistant to five feet or 1.5 meters. UE says that even if you forget to close that little flap that covers the USB charging port and audio input, you don’t have to worry about any water getting inside the speaker. 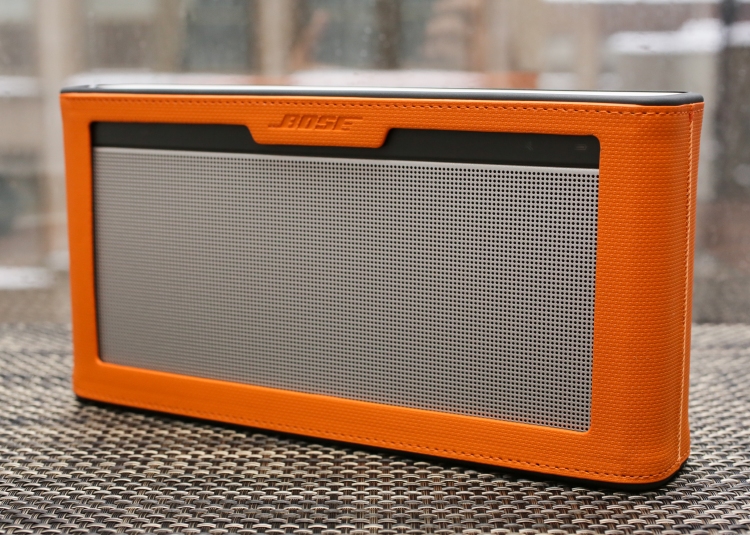 The Bose SoundLink Bluetooth Speaker III sounds great for a compact Bluetooth speaker, playing louder than its predecessor and offering much better battery life. It also has a sleek and sturdy design, an auxiliary input, and the option to swap out protective covers (sold separately).

Earlier models had a built-in cover that converted into a stand. However, the SoundLink III does away with the integrated cover and as with the SoundLink Mini, you can purchase an optional accessory cover for $34.95 in various colors. In other words, if you want some added protection, it’ll cost you.

With every new video that I post I am asked why I don’t review the Fugoo XL and compare it to the JBL Xtreme. The answer is simple: because I couldn’t get a unit yet.
I have been in contact with Fugoo for some time now back when the small Fugoo was released in Europe last year. I also asked about the Fugoo XL immediately when it was announced the first time and was originally promised to receive a unit as soon as they became available. Unfortunately now when they have been finally out in the U.S. for nearly one month, I didn’t get any answer about a possible unit anymore. I might have the chance to grab one when it becomes available in Europe which is supposed to be at the end of November, but this may be a bit late for many who are interested and still not sure which speaker will suite them more: Fugoo XL or JBL Xtreme!

As I want to stay as unbiased as possible for my reviews and not count on charities from companies who in return expect positive reviews for their free review samples, I would prefer to buy the speaker on my own. Unfortunately currently I cannot afford buying the Fugoo XL as it is available only in the U.S so far. It would cost me around 480€ including shipping costs, taxes and customs fees to get it to Europe. I already ordered the new and just announced Libratone Zipp Mini some days ago, which seems pretty interesting as well, therefore I cannot buy another speaker right now.
That’s why I decided to start a kind of donation campaign for a review unit of the new Fugoo XL speaker. 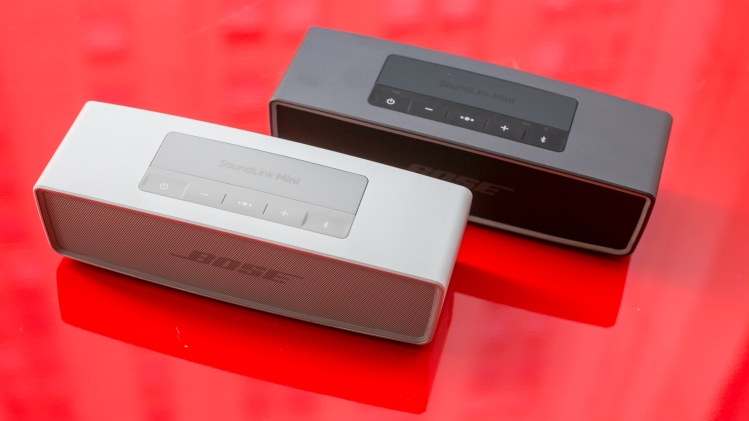 The Bose SoundLink Mini II is a very sleek, compact wireless Bluetooth speaker that sounds great for its small size. It also has excellent build quality with a unibody aluminum enclosure, and it includes a charging cradle that you can leave plugged in.

The new 1.5-pound (0.67kg) model looks nearly identical to its predecessor — a good thing, since it’s one of the sharpest-looking small speakers out there — but it now has a built-in microphone for speakerphone capabilities. Another improvement is its 10-hour battery rating, up from 7 hours for the previous model.

Rounding out the improvements: the speaker now charges via a standard USB cable rather than a proprietary AC adapter, which is an important change. Bose says it “charges with most USB power sources.” It also includes a charging cradle, which acts as a dock the device at home. (I personally would always leave that cradle connected to the Bose-provided USB charging cable, and then just carry around a second Micro-USB cable and charger for the road.)

The JBL Charge 2+ is a well-designed, water-resistant portable Bluetooth speaker that features good battery life and doubles as an external charger for your portable devices. It also has built-in speakerphone capabilities, and plays loudly with relatively strong bass and top-notch performance for its size and price class.

For 2015, JBL has been doing something interesting with its portable Bluetooth wireless speakers. Instead of completely redoing its line, it’s upgraded certain models with a water-resistant design and simply added a plus sign to their product names. Such is the case for the Charge 2+, which — except for the color of the logo — looks identical to last year’s Charge 2 and carries the same list price of $150 (UK £150). However, it weights slightly more at 600 grams to the Charge 2’s 540 grams, which means something has changed.
Like its Charge predecessors, you can lay this cylindrical speaker down horizontally or stand it up vertically. It charges via Micro-USB and has a built-in 6,000mAh battery for a healthy 12 hours of playback. It also retains its eponymous feature: the ability to juice up USB-powered portable devices (smartphones, music players, even tablets). Of course, if you use it as a backup battery, expect the music playback time to dip accordingly.

Besides all the recommendation above, EasyAcc recently released a mini Bluetooth Speaker which is an upgraded version of 1st Gen. mini cannon.  Ultra-portable size with powerful sound, enhanced bass with extraordinary 10 hours playtime, the most appealing part is the price: $25.99, a great one delivering great sound without draining your banking account.