Everyone generally believes that Apple’s iPhone is the benchmark in the area of the smartphone. It’s just the function of the iPhone. Just follow it, you won’t go wrong in most instances. The Retina screen, Taptic Engine, vertical dual camera and wireless charging function are all the same. Other mobile phone manufacturers are also willing to follow up on some of Apple’s new selling points. After all, Apple, as the largest mobile phone maker, has conducted extensive research on this feature and has paid a high price for trial and error. It is reasonable to say that there is no problem with following it. iPhone X, iPhone 8/8 Plus in order to add wireless charging capability, specifically replaced the glass back cover design. Why not the OnePlus 6 equipped with glass back cover?
The back cover of gray OnePlus 6 and white OnePlus 6 looks like metal. In fact, it’s also glass, it’s more like ground glass but with a nano-etching process, not easily contaminated with fingerprints. And the weight dropped significantly of black OnePlus 6 with nano-coated, much better than the ceramic material. Then as long as it is a non-metal back cover, adding a wireless charging function actually is not a problem. 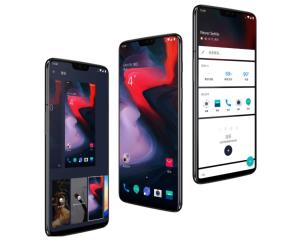 Why OnePlus 6 not Support Wireless Charging?

BusinessInsider therefore asked the representatives of OnePlus, and they knew that there are two important reasons. First, wireless charging is not a necessary feature, and the demand of user is not high. Second, the wireless charging is convenient but slow to charge. what’s the necessary to add it？What’s more, to purchase additional wireless charging pad, the built-in wireless charging module will also increase the additional cost, so that both the manufacturer and consumers couldn’t get the benefits, not to mention OnePlus mainly aim at the high cost-effective, do the extra features are not as good as improve the basic features.

Does OnePlus 6 have a 3.5mm headphone jack

Is OnePlus 6 waterproof? Even not given an IP rating