After months of guesses and rumors, Apple followed a set pattern for the release of iPhone 7 and iPhone 7 Plus on 7th September 2016. As many enthusiasts predicted before, here comes the good news, iPhone 7 adds the function of water and dust resistance (IP68 standard) like several Samsung and Sony phones did, the installation of  64-bit processor A10 ensures the processing speed is 40% faster than iPhone 6S.

Another controversial rumor had been proven to be true — No headphone jack. Instead, Apple’s new EarPods headphones will connect through the Lightning connector port, a corresponding converter comes along with iPhone 7 in the box. That means you’ll have to rely on a Lightning converter for your current headphones, or upgrade to a pair of Bluetooth earbuds. If you choose the former approach, unfortunately there’s no extra lightning port for charging at the same time.

For jogging enthusiasts and commuters Bluetooth earbuds / headphones are obviously easier to carry and unlimited by the wires. How to find proper Bluetooth headphones might be the first priority, while another problem is coming around the corner — battery life.

As we all know, keep Bluetooth function open is quite power consuming, not to mention when you are enjoying music or watching video. Apple claimed that iPhone 7  is up to 2 hours longer battery life than iPhone 6s, however, consider the battery performance of iPhone 6s and possibly more power needed for Bluetooth, HD Retina display and A10 processor, another gadget should be on the must-have accessories list — A power bank for iPhone 7.

According to the data comes from tech leaking media iPhone 7 features a 1960mAh battery, which is a slight upgrade from the 1715mAh battery found in the iPhone 6s,  a power bank with capacity no less than 5000 mAh basically can meet the power need for one day use.

With 10050mAh capacity it’s able to charge iPhone 7 well over 3 times, the installed power IQ technology can speed up the charging process as much as possible. Apart from that, Anker power bank has enough security measures to protect your device from power related issues. 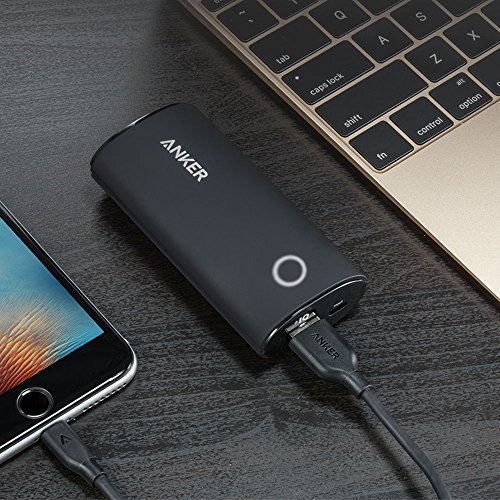 The ultra slim size is compact enough to fit in your pocket. It features fast charging facility at 2.4 amps which are higher compared to other power banks. Besides that, EasyAcc power bank provides built-in MFi-Certified Lightning Cable, no need to carry extra cables and get fussy with tangling when you need to charge your iPhone 7. 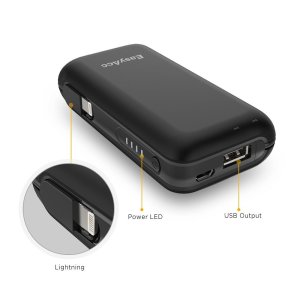 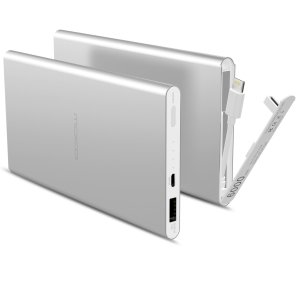 It’s a very handy battery pack which can fit well in your palms. After wrapping up the reviews at Amazon, most users got satisfied with the small size, capacity amount and cheap price.

With both lightning and micro USB cables you can easily get your Apple and Android devices charged on move. It’s definitely one of the best power banks for iPhone 7.