In a latest essay published by Android Authority, Apple is presumed to create a foldable phone in the future. The prediction is based on a new patent filed by Apple, which designes a hinge used to reduce and even eliminate creasing problems on foldables. However, just like what the author pointed out, a patent does not necessarily means an actual product on the way.

Actually, many giants have ever filed a patent concerning foldable smartphones. For instance, ever back in the year 2017, Motorola had filed a patent for a two-screen folding phone, which set a foundation for the Motorola Razr 2019. And since Samsung is leading the trend of foldable handsets, LG has also been insisting on filing patents, such as Flex, Foldi and Duplex mentioned in internal LG documents. That situation, to some extent, reflects the firece competition in foldable smartphone technology among giants.

The evidence is that the year 2019 has ever witnessed a robust growth of foldable phones. Samsung Galaxy Fold, Huawei Mate X, Microsoft Surface Duo and so on, are all typical examples of this prosperous scenario. Although most of them were just shown off in 2019, and were teased for its immature design and function, such as crease in the joint, 2020 is likely to be the “Year of the Fold” automatically.

Why’s that? The idea beneath this trend is actually derived from consumers’ pursuit for larger smartphone screen size. That said, the tablet may has been the best choice, but it is usually too big to fit in our pocket. And due to the fixed screen, a full screen still cannot meet our demand. For these reasons, a flexible screen is inevitable.

In the future, we are bound to see more foldable phones, no matter it is horizontal (say, Samsung Galaxy Fold) or flip (like Motorola Razr).In 2020, We will possibly have Samsung Galaxy Fold, or Galaxy Z Flip. LG is rumored to have a foldable phone and a foldable TV in work. Besides, it has launched the LG DualScreen, which is a device that can be added to other LG phones and create a second screen. TCL also showed off its foldable concept device early at MWC. Though it is just a concept, we’d expect a final foldable.

As for Apple, since its rumors of a folding screen can date back early in 2017, and its patents for adding a folding screen have been heard more than once, we could well see a foldable phone from Apple this year. As Apple has always behaved, it is probably exploring the idea, and wait for the tech to be polished ratehr than rush to be the first. Maybe it is the same for us consumers — just wait for the dual screen technology to mature, and pick the fruit at the perfect time. 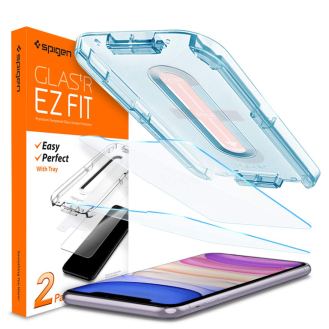