Huawei’s P30 Pro has a curved OLED panel for sure, which proves that most earlier posts are reliable sources . A lot of renders were exposed before the launch event. Among all the renders, the camera setup is the biggest highlight that catches our eyes. We can clearly know the lineup of the camera lens from the mainstream media. Well, we can also get the screen edge design from the pictures on the debut, the P30 Pro do have curved edges. 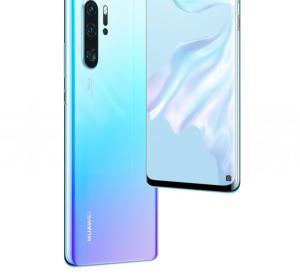 The curved screen is always the most controversial feature among users. Indeed, the curved screen brings different experience when it showed up the first time. And it existed because users ask for it. In the meantime, it did hurts sometimes. Many folks think this is a very annoying and ugly feature, despite the benefits brought by decreasing in size. They prefer holding the phone properly without unintended screen touch. They also prefer bezels than notches, though they change it into a waterdrop this time. While the pros think the curved edges allow you to hold your phone with one hand comfortably. And it did bring prides especially when there are only few types of phones use curved screen. It’s a great chance for them to show off their unique identity.

It’s lucky that we still have options. The P30 keeps the flat screen with slim bezels. While the P30 Pro has curved screen that offers a better visual experience with a 6.47 inch screen. Also, they cut the bottom end into a flat cross section, which is a very user-friendly feature. It allows you to put your little finger against the bottom without uncomfortable feeling.

Now is your decision to choose flat or curved screen, based on your own using habits and acceptance level of new  features. For potential P30 Pro users, we can imagine that it’s hard for them to decide should or not to prepare a glass protector for a curved screen with in-display fingerprint scanner. And the truth is finding a suitable one is also not easy. If the curvature of the tempered glass protector doesn’t match with the screen, it will affect the touch sensitivity. While for the in-display fingerprint scanner, it feels better without the screen protector definitely. But you need to undertake the price of replacing the curved screen once it was broken. Even if you don’t care the daily scratches and the broken risks, it’s very necessary to pick up a protective case to arm your new phone against unexpected drops and bumps.