Major design changes have been introduced to Galaxy S10 by the Korean tech giant. There has been rumors about the charging system on the Samsung Galaxy S10, saying that the device could feature such exotic technology as graphene batteries, which would allow superfast charging. 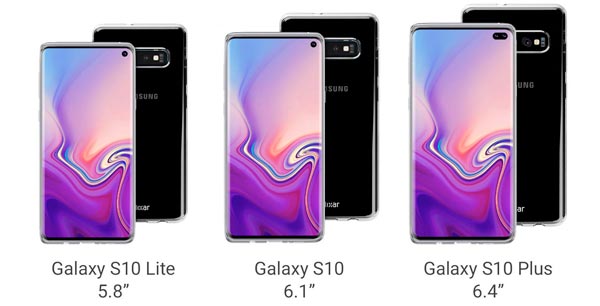 How big will these new Galaxy S10 batteries be？

The battery capacity of Galaxy S9 is 3000 mAh, and that of Galaxy S10 is expected to reach 3500 mAh with a 500 mAh increase. Besides, the Galaxy S10 Plus will also jump 500 mAh to a Galaxy Note 9-matching 4,000 mAh, which is one of the longest lasting smartphones you can buy, so to speak. At the same time, as the power increases from 15W to 22.5W, the charging speeds are also being improved. On top of that, the Samsung Galaxy S10 will feature wired charging with at least 20W power, according to reliable Samsung leaker IceUniverse. Nevertheless, Asian OEMs including Huawei and Oppo reach between 40-50W power, delivering a full charge in as short as 30 minutes that Samsung can not beat for now.

There’s always another side of the story. The new flat screened Galaxy S10 Lite, the smallest variant of Samsung Galaxy S10, is said to be equipped with a 5.8-inch screen and an unwelcome battery capacity of only 3,100 mAh, and another variant Samsung Galaxy S10 Plus is rumored to feature a battery of 4000 mAh.

How fast will the new Galaxy S10 charge？

Galaxy S10 will definitely bring higher fast charging speeds to the Galaxy lineup. The Samsung Galaxy S9 has a 10W charger, and can fully charge its 3000 mAh battery in roughly 2 hours. It follows that the S10 could be fully charged in an hour to an hour and a half, depending on the size of the battery.

As mentioned above, Twitter leakster Ice universe has sent out a tweet saying “Samsung smartphone 15w charging will become history,” means that Samsung is working on a faster solution. The custom solution of Huawei, a Chinese multinational conglomerate which specializes in telecommunications equipment, consumer electronics and technology-based services and products, meanwhile, can go up to 40 watts, allowing the 4,000 mAh battery on the P20 Pro to charge up to 80 percent in 45 minutes. Unfortunately, Huawei is, at this point, Samsung’s arch rival in the Android market. Huawei’s latest phones boast reverse wireless charging, a feature Samsung is expected to add to the Galaxy S10, so why not bring comparable fast charging to the new lineup as well? It’s a rumor after all, but it’s high time that Samsung move to the next level of fast charging technology. Would faster charging speeds propel you to purchase Samsung again?

Will the Samsung Galaxy S10 be a foldable mobile phone?

One thought on “How fast the Samsung Galaxy S10 will charge?”