Apple unveiled a trio of new iPhones on Sept 12th. With the release of iPhone XS and XR series, most of the old models are hard to escape a fate of price dropping. Models like iPhone 7, 8 and 8 plus have a dramatic drop, while iPhone X seems to show no sign in dropping. 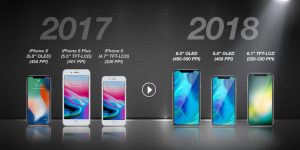 However, iPhone has become the shortest-lived idevice on Apple official website. Since the new models of this year released, this 2017 flagship has been removed along with the iPhone SE and iPhone 6s from the official website.

It is quite understandable why iPhone X has become the most short-lived iPhone and it may not have a drop in price. iPhone X is a specially designed smartphone of Apple for its 10th-anniversary ceremony. It is more like a souvenir which should be previously stored. No wonder it has such a stable price since it was released. Carphone Warehouse is offering the iPhone X, you can jump into it to see different tariff and plans available.

Whether you should buy a new iPhone and when is the best time to buy one?

If you are on the market for a new phone, you may be lingering among those newly released iPhones and old models. The iPhone X is no doubt a good phone with stunning design, Face ID and wireless charging. With this year’s iPhone come with the design similar to iPhone X, it appears to not worse than any of the newly released models. Therefore, if you are not so demanding on the specs and the updated iOS 12, the iPhone X still worth buying.

However, if you are so into a new iPhone, but want to save some money, you should know the best time when you should buy one.

In theory, the most time you shouldn’t buy a new phone is when it just comes out. It means the highest price, more complicated shipping, and longtime waiting. It is even worse if there are some problems on the phone. In a word, the first to taste must be the one who takes the most risks. Thus, a better time to buy a new phone usually after it is released 2 to 3 months when the demands of consumers are caught up and problems relating to the new phone are identified. While, when comes to buy a new iPhone, you are not suggested to buy in autumn as it is just one month away from Apple’s new launching event. It’s better to wait for the new models coming and compare whether there are big differences between the new and the old. Usually, if there comes no many great creations on the new iPhones, it is recommended to buy the latest old model which can promise you both a good performance and lower price.