As the next big operating system of Apple, iOS 12 is expected to be released in this autumn. And as a creature of habit, we are very likely to see a preview of it at WWDC in June. There are a lot of leaks, rumors and speculations about the coming iOS 12 including its release date, improved features and compatibility. Since iOS 11 is compatible with the older iPhone5s and newer iPhone, will the iOS 12 update phase out the iPhone5s which is in the end of the iOS 11 list of compatibility and support start from iPhone 6?

According to a report from Webkit (the rendering engine behind Safari) developer, it is strongly suggested that Apple will be bringing the next major iOS release to the iPhone 5s as the oldest supported iPhone model. If this is reliable, then it is sure that your iPhone 6 can also be updated to iOS 12. 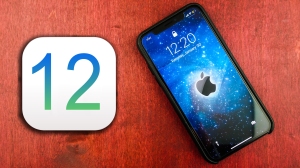 It would be pleasant if you can still enjoy the newest system with you old iPhone buying several years ago. Then what new features will it offer?

Possible features you can expect from iOS 12

There is no doubt that great improvements to performance and stability based on the bugs and issues in iOS 11 will be made in iOS 12 as it has already been promised by Apple. Besides, some killer new features are also in the list including some long-expecting features. Here comes an incomplete list of possible coming features in iOS 12.

Prediction from Bloomberg suggests that iOS 12 will allow Face ID to work even when your device is in the landscape orientation. While speculation from Macworld assumes that this will be exclusive to the Pro models.

This is one of the features that many users want to see from the next operating system. It will be very convenient if you can personalize the response to a call that can’t be taken. Setting a message such as “I am in the meeting, call back later” or “I am driving, unavailable to the call” as the reason why the call is declined will be a comfort for the caller.

With the increasing popularity of Emoji, users want to enjoy more from using it when searching. It will be much convenient if you can just type the key words to get the emoji you want popping up in the search bar. And to improving emoji search, Jeremy Burge, Chief Emoji Office and creator of World Emoji Day, is calling for Apple according to Macworld news. We expect Apple can bring this new change to its iOS 12 as it can create much more fun than the current limited bad Emoji search. 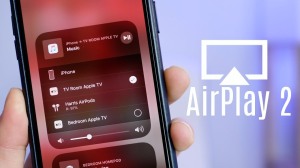 Airplay 2 was rumored to be released in the iOS 11, but it was proved not true till the iOS 11 finally came out. Many people speculated that it might have been delayed until iOS 12.

There are also many other speculations about iOS 12 such as supporting multi-user face time calls, multiple user accounts, smart Wi-Fi and so on. However, everything about these changes is just possibilities until iOS 12 being announced on June 4th at WWDC 2018!