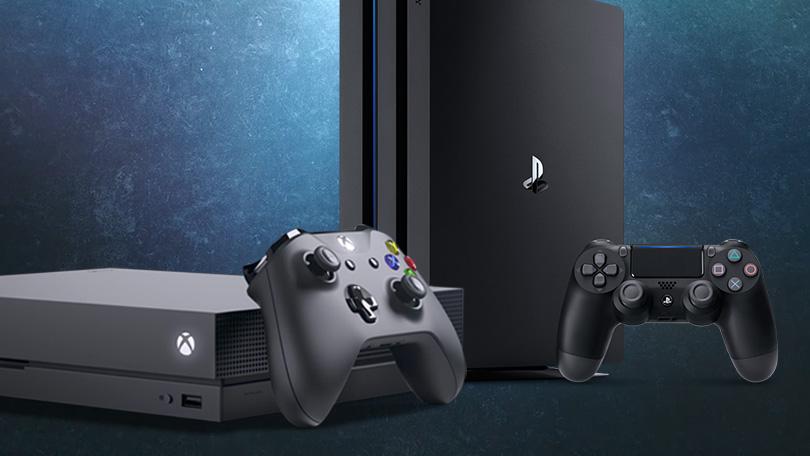 The newest Xbox One X announced by Microsoft is claimed as the world’s most powerful console, yet not available for shipment now. Unlike Xbox One X, PS4 Pro is attainable now and goes with high performance with immersive and vivid visual effect. Since the two products are favored by many game players with outstanding performance you may want to dig out the deep differences between them. 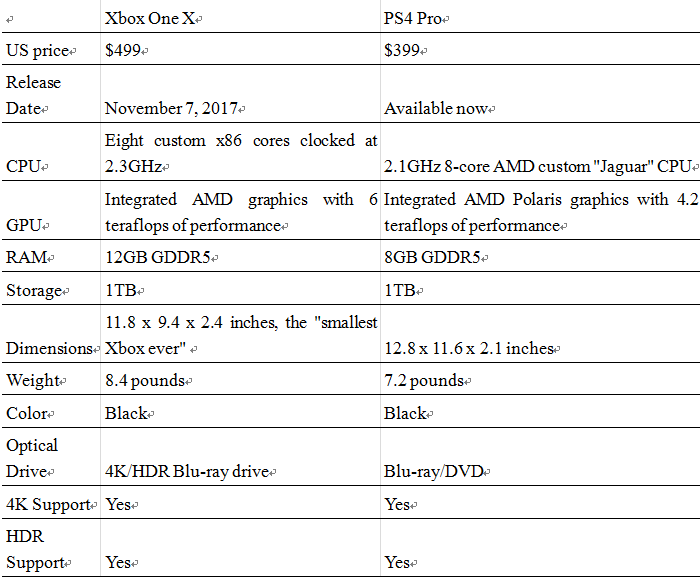 Xbox Scorpio: 6 TFLOPS, 326GB/s, 12GB GDDR5
PS4 Pro: 4.12 TFLOPS, 218 GB/s, 8GB GDDR5
TFLOPS shows trillion floating point operations per second, which is the simplest way of measuring graphical horsepower. GB/s is the bandwidth of that memory, which tells you how quickly the GPU can move frames through the memory and out to your monitor. As for the memory, a higher memory means that the GPU can access more high-resolution textures at any one time, increasing performance.

PS4 Pro VS Xbox One X—Resolution 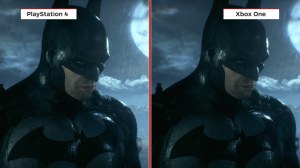 Xbox One X runs games in 4K resolution at a steady 60 frames per second, which we expect to see showcased in many of Microsoft’s first-party titles. However, the Pro’s record has been spotty and not consistently hit 4K in practice. Due to the fact that Microsoft require all games that are natively at higher resolutions use super-sampling with 1080p displays, regular HD televisions will get richer images than with a standard Xbox One. Yet support for this feature is unavailable with the PS4 Pro.

PS4 Pro VS Xbox One X—Games

Both PS4 Pro and Xbox One X have a great selection of multi-platform titles to choose from. PS4 Pro supports PlayStation Now streaming service, which means you can play a whole range of older Sony titles for a small fee. The Xbox One also offers backwards compatibility, offering the chance to play old Xbox and Xbox 360 games, however, not all are supported. One difference is that and it might be cheaper to download games from Xbox One X with subscription service than PS4 Now.

Overview
The PS4 Pro looks a lot cheaper than Microsoft’s alternative, especially if you’re hoping to take up VR as well. Compared with Xbox One X, PS4 Pro lags slightly in performance and power, but probably not enough for the average player to notice. What’s more, Xbox One X also shows a more reliable performance in resolution at 4K, which ensures a more immersive game experience. Generally speaking, Xbox One X appears more competitive than PS4 Pro.