Where is your next gaming mouse? Here it is. From the experience of using on FPS gaming, we’ve rounded up 5 budget oriented gaming mice under $50 for 2017.

Basically speaking, the GM200 is a standard seven-button ambidextrous mouse, including the standard left, middle, and right click, a DPI switch and backlit on/off behind the scroll wheel, two thumb buttons on the left.

When it comes to gaming, no-sweat soft-touch surface on top and sides to ensure your control remains complete, on-point and utmost comfort, with any grip styles;

With code REDIMP06 for the cobwebbing one HERE;

With code REDIMP07 for the black one HERE; 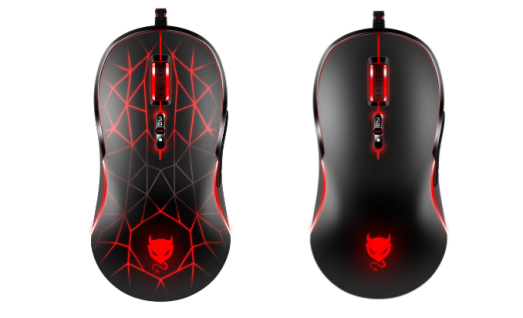 The M65 features an aluminum unibody frame that Corsair proudly calls aircraft-grade, though we’re not sure about that, but one point we could make sure is that the mouse’s build quality is first rate. And it also supports optional weights up to a stout 135.5 grams to its bottom panel, which is a little heavier than G.Skill RipJaws’s 120 grams at its heaviest.

Compared to G.Skill RipJaws, the M65 is a right-handed only mouse; and eight programmable buttons, right- and left-click buttons, clickable scroll wheel, DPI up and down buttons, standard forward and back thumb buttons buttons, and a sniper button below them for instantly switching DPI to match mouse speed. 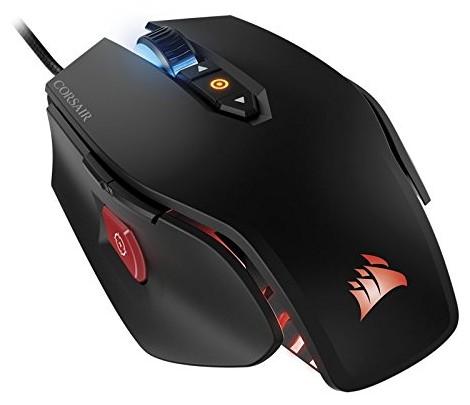 When wrapping your hand around DeathAdder for the first time, you’ll get in love with it for its soft rubberized textures, though it lacks the ability to fine-tune the weight as the two gaming mice under $50 above, Razer gives it the perfect weight without feeling cumbersome.

There’re only five buttons in total, which is pretty much the minimum number of buttons we expect on a mouse; but only the left-click button supports customization. If you require customization for macros or DPI sensitivity switching, the DeathAdder doesn’t suit you.

Maybe there’s something about brand influence, now it sells for $49.99. 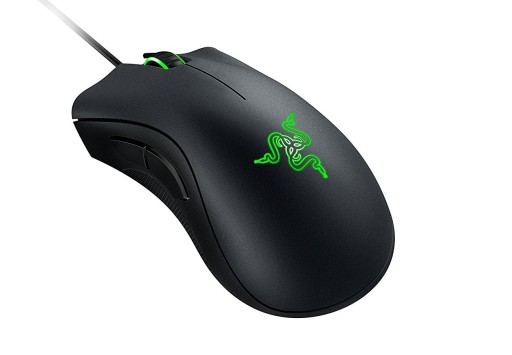 Compared with its older M500 series, Revenger sports a newer sensor and bunch of other improvements.

Arguably, comfort is the key factor in buying a mouse. As a man with big hands, the Revenger is sized 5.31 inches long, 2.76 inches wide, and 1.77 inches tall, making it a slight bigger than average mouse, both for a palm and claw grip.

The Revenger allows you to switch between three different DPIs, helpful in competitive FPS, MOBA, or RTS games.

Overall, if you want a mouse that could last through hours-long gaming sessions, Revenger is recommended, especially for the $49.9 price tag. 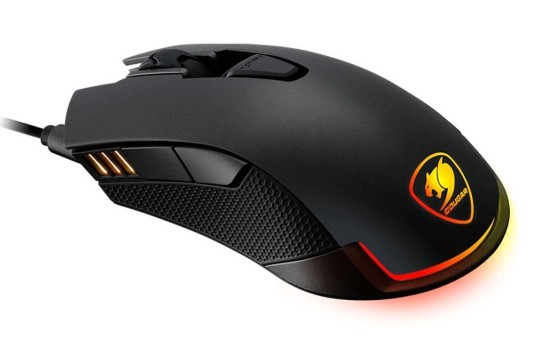 Well, Logitech is always making a pretty substantial push toward the pro-gamer market, like the G Pro.

And it’s relatively simple with only six buttons, a left button, a right button, a clickable scroll wheel, a DPI selector directly beneath that wheel and two thumb buttons on the left side, which all support to assign commands.

When trying out FPS and RTS, it delivers performance you’ll never have to worry about. Its current price is $45.99. 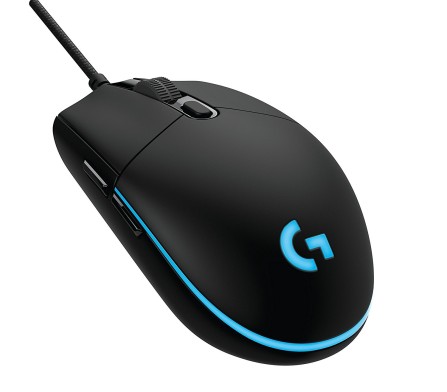