Most of the fitness lovers would like to own a useful fitness tracker which records exercising data and gives you motivation. Undoubtedly both Fitbit Charge HR and Fitbit Charge are such ideal trackers. So what are the similarities and differences between the two? Which one is better? Read on.

Fitbit Charge HR
Fitbit Charge
All-day Activity Tracking Yes Yes
Sleep Monitoring Yes Yes
Call Notifications Yes Yes
Heart Rate Monitoring Yes No
Battery Life 5 days 7-10 days
Colors Available Black, plum, blue, teal and tangerine Black, slate, blue, burgundy
Similarities
Fitbit Charge HR and Fitbit Charge are identical to each other in several aspects.
The first similarity to mention is that both of them are made of soft material that feels great on your skin and the textured exterior has made them more attractive.
Apart from that, the basic functions of the two are also similar in that both of them track your daily activities like steps taken, distance covered, calories burned, floors climbed and so forth. With the trackers you can easily check how much exercise you’ve finished during the day. Your sleep is one another thing the trackers keep recording. They will monitor your sleep condition automatically at night, and in the morning, a silent alarm calls you up gently to welcome a new day.

Besides, wireless syncing is accessible. The two trackers will sync to your computers, smartphones, tablets and other electronic devices. Once the trackers are connected with your smartphone, call and message notifications will show on the screen, so you won’t miss any important information while doing exercises or just on the go.
All the data and notifications can be read on a small but easy to read OLED display.

Moreover, most the data recorded by the two are the same though, Fitbit Charge HR still has one more thing to track, namely your heart rate. With the heart rate monitor, you can better know how hard you’re working, and adjust the intensity of the exercise according to your heart rate. Click here to see how to train more effectively with this function. 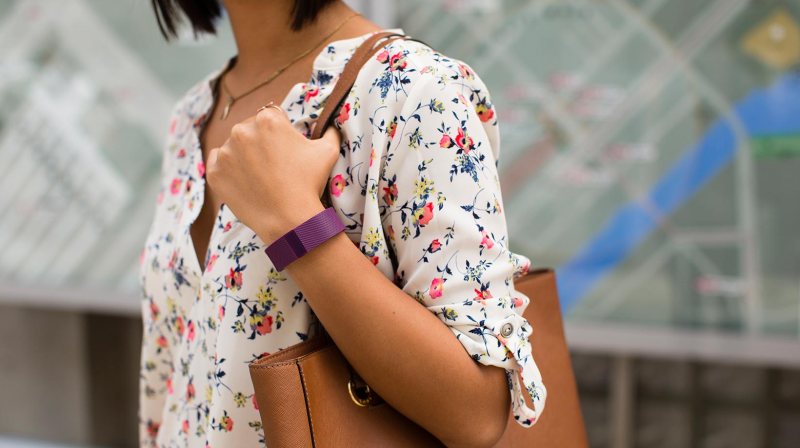 Well, after analyzing the similarities and differences between Fitbit Charge HR and Fitbit Charge, which one do you prefer? Personally speaking, I think Fitbit Charge HR is better because I think the heart rate monitoring function is rather useful. To know more details, click here to watch a short video from YouTube.