While talking about the ways to charge phone, most of you will round up heaps of ways, traditional or updated, no matter what the way charging phone with a wall socket or with computer and a USB cable, or the way with USB Type-C, or Wireless Charge, or Quick Charge, or Smart Charge. So which is the best way to charge phone? Let’s togethere have a look at their advantages and disadvantages to help you decide on the best way to charge your phone.

New kid on the block though, USB Type-C is gradually replacing standard USB 2.0 charging cables, though it is all about the physical connection, like with microUSB and miniUSB. But, what advantages USB Type-C have over its predecessors?

1. Reversible plugs that allows you to charge phone at will, no longer to pay extra attention on plugging in the right way.

So what disadvantages USB Type-C are?

1. Up to 10 GB/s data transfer speeds? That’s not always the same case. USB Type-C, actually, is based on the USB 3.1 standard; when it comes to some devices, like the OnePlus 2, the USB Type-C cable is just a re-designed USB 2.0 cable which won’t transfter data any faster than any other USB 2.0 device.

2. Faster charging speed as rumored? Absolutely not! Take the same example of OnePlus 2, a re-designed USB 2.0 cable could not charge a device with USB Type-C port any faster than a regular 2.0 cable. Why? Because they have the same mechanism inside. While, in fact, charging speed is more determined by the device than the cable. If your phone has a Type-C port and you get a real Type-C cable, then you will get Type-C speeds.

3. At present, most USB Type-C smartphones are limited to 36W at 12V (the OnePlus 2 to 10W); while for laptops, it will reach upper USB Type-C’s range.

When talking about wireless charge, most of you will think of Galaxy S6 Edge+. Yeah, it could be said Samsung Galaxy has been leading the trend of wireless charge till now.

2. Wireless Charge means less wear and tear for your phone, that is, you do not need to frequently plug in cable and then yank it out.

3. Wireless Charge, to some extent, is more eco-friendly, that is, less power wasted as the power will be off at the moment your phone is charged up.

1. Wireless Charge will cost you more, as charging docks and platters cost significantly more than a regular cable . If a regular USB Type-C costs you $5, then a wireless dock would cost you as much as $5o for a no-name brand.

2. Wireless Charge, as tested, is generally around 20% slower than cabled charging.

Quick Charge 3.0, as recently-announced, will be 4 times faster than standard charging.

Actually, Smart Charge is exclusive to EasyAcc power banks. How does it work?

Generally speaking, Smart Charge could intelligently detect your device’s and then output the optimum power at the fastest possible speed.

So, what’s the difference between Quick Charge and Smart Charge? 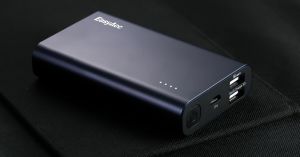 So which is the best way to charge phone?

That depends on what you want out of your battery.

If you want to prolong your battery life as much as possible, a regular cable charger is the best way to charge phone; if you wanna cableless, then wireless charge is preferrable.

But, if you pursue fastest possible charge time, then you could look for a cabled fast charger or USB Type-C;

But at any time, there will be some even worse charging situation, that is, if your phone support neither USB Type-C nor Quick Charge 3.0 charger, but you still wanna faster charging, what should you do? Smart Charge will save you! 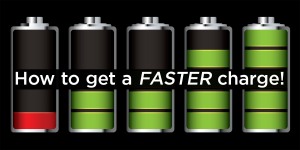