OnePlus 8/8 Pro is done settling as it happend.Because of the severe Covid-9 pandemic, tech companies have had to stop showing their new devices in front of live, cheering audiences.OnePlus is holding an online event that can be watched via a live stream. The live stream is already available on YouTube and the company website . If you are a big fans of OnePlus, you can’t miss it. We already know OnePlus 8 Pro is the most premium smartphone compared the previous OnePlus series.The internal storage is 128GB 8GB RAM, 256GB 12GB RAM, but there is no memory card slot. 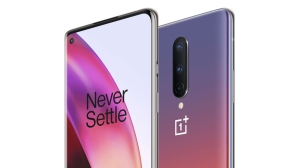 As general, 256GB storage  is the best storage capacity  for most people to  meet your needs, but there is 512GB capacities for iPhone11 Pro. In my opinion, the more , the better,especially you’re doing a lot of video recording. In fact, as the social software become  more and more pupolar, people are addicted to post photos and videos  from phone.We need more space to storage our creativeness withou any worries.The storage will affect the speed of mobile phone.So, if the Oneplus 8 Pro have memory card slot , that would be perfect.

Memory cards allow you to expand the phone’s built-in memory.Memory cards have different capacities and are used to store and transfer files between compatible devices. It is important for most of users.The photos , videos, and apps in phone occupied much  storage.Some apps like Facebook ,Instagram,snapchat take up so much space on your phone that you can’t download all the programs you’d like to as the storage is full.Sometimes, it is a troublesome  to delete many files to release more space.In that case,the memory cards can do a big favor.The most common memory card capacity is  about 64GB.If you want extra storage capacity, then , OnePlus 8/8Pro may not be your priority.

There are many advantages of using memory cards as a backup media.Memory cards have non-volatile memory, so the data is rather stable and not be threatened by loss of power source, and need not to be periodically refreshed.Memory card is so  flexible to insert camera, computers or mobile phones.On the other hand, Memory cards do not need organization and easy to keep track on. You must preserve more carefully, for that it  can  be lost, misplaced or smashed.Meanwhile, it can break easily and  be affected by electronic corruption and make entire card unreadable.