As premium phone brand, Apple’s new phone release event has always been a center among all that of other smartphone brands, with so many leaks and rumors continuously comes out till the new phones finally appear. As a creature of habits, it’s commonly expected that Apple will unveil iPhone 2018 on September.

The widely spread rumor of iPhone 2018 tells that there will be three models being released on September with 5.8 inch, 6.1 inch and 6.5 inch three different size screen. And two of them will just be successors of the iPhone X 2017 with Face ID and possible smaller notch, while the middle sized iPhone will be identified as a low-end iPhone in lower price than the other two. It is said that the 6.1 inch phone will be equipped with a LCD display and comes with a thicker bezel. 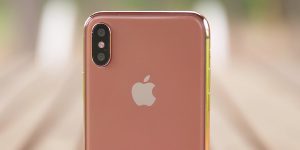 Then, what color will iPhone X 2018 feature? The trending colors of recent released phones are mostly black, white, silver and gold. However, according to Kuo, the well-known Apple analyst, there will be five colors available for the 6.1 inch iPhone 2018. Sounds wired, but this is still quite possible to happen, after all, it happened when Apple released its 5c several years ago, even with a plastic back. Kuo predicted that it may come in grey, white, red, blue and orange color in the 6.1 inch LCD-based iPhone.

This sounds interesting! Will you like a phone in blue, or even in orange? I was excited about the red iPhone 7 when it was just unveiled, while when comes to blue and orange, things seems to feel totally different. To some extent, I think bright colors make smartphone present in a low-end status, and I guess I would never update my phone with an orange one if that rumor turns out to be true. 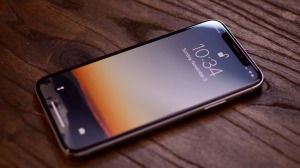 Why Apple would like to bring new colors to its iPhone 2018 when people are already fond of the classic grey, silver and white color? Here comes some possible reasons from Jun Zhang, Rosenblatt analyst. “Since Apple start to launch three new models every year, we believe the company needs to differentiate the designs of the LCD model from the two high-end OLED models,” writes Zhang. “One reasonable choice would be to add different colours.” Zhang argued that this change is made to appeal to younger users and to differentiate the low-end LED display-based phone from the alongside released OLED iPhone. This seems make sense, but will it turn out to the opposite side like iPhone 5c which didn’t go particularly well five years ago.

Is more options available always better than no choice? What do you think? Will you replace your old phone with the upcoming new iPhone? Let us know by giving comments below.

For more iPhone 2018 rumors, you can read: New iPhone 2018 and iPhone X Plus date, price&specs rumors on Macworld.