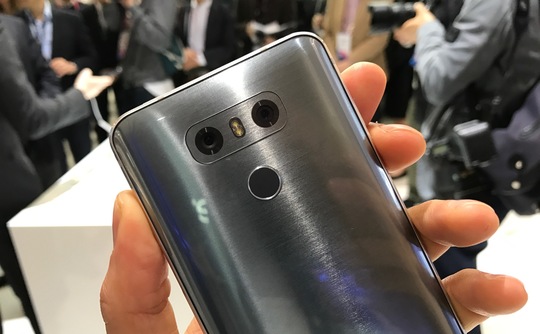 LG has been known for its prominent camera for years and since the company has decided to stick with a dual-camera setup on the backside of the device of LG G6 you may wander the meaning of these two cameras.

Actually, they have different functions—one is a wide-angle lens and the other a standard angle lens. The wide-angle camera on the back is a 125-degree camera which is great for getting more into that picture, especially for group shots. Additionally, the standard camera is a 70-degree lens which supports normal shots.

LG G6 is an innovation result of LG G5 which was designed with dual-camera as well. Yet compared with the former G5, the most evident improvement is that you can now switch from one camera to the other a bit faster now. Before it was a little tardy to go from the wide-angle to the normal angle lens and vice versa but now you can do it instantly, making it easy to change from a normal angle shot to a wide-angle shot to catch everywhere in the picture. Except the two cameras on the backside, LG G6 also has a front-facing camera which is now also a wide-angle camera. Not quite as wide as the one on the back, it goes at 100-degree wide-angle which makes it a great selfie camera, and it was one of the most popular features on the LG V10 and V20 in the past couple of years.

Designed with these great 3 cameras, LG G6 holds splendid performance in shooting. Since you are fascinated by this feature, you must want to dig out the detailed use of these three cameras.

Holding the phone in landscape orientation, you will see two buttons at the top center of the display, each showing little tree icons. The left button is for the standard-angle lens, and the right one with three icons is the wide-angle lens. Tap the button alternatively, you can use pinch-to-zoom and switch between the two lenses.

LG G6 supports various shot which concludes, snap shot, match shot, guide shot, grid shot. The first one is very common. There’s a quick delete button, or if you drag the social button across the screen, you can share it on your choice of social network, without jumping out the app.

As for match shot, these shots can both be from the same camera, or one from the front and the other from the rear, or be video rather than stills. You can achieve it by using the two icons numbered 1 and 2. When the icon shows 1 and 2, you can take two pictures at different times. When it shows 1 and 1, two photos are taken at the same time. 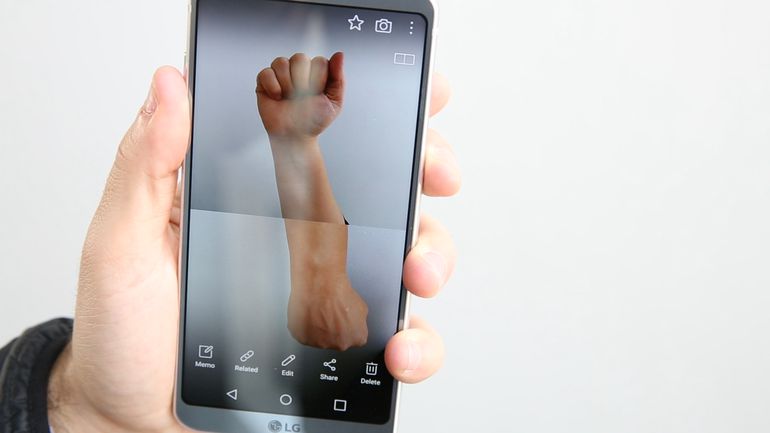 Guide shot is a fast, easy way to take a photo with the same composition as another. The simpler the composition, the easier it is to align the two images. Since the viewfinder appears in the top square, you can apply all the usual modes and features, including switching lenses and from the front and rear camera to compose the shot over and over, in many different situations.

Gird shot is the final Square Camera mode may be the most fun. The lower square is split into four, each ready to be filled with either a still image or a 3-second video. Tap in square number one and take a photo. It should appear in the square, and automatically move on to square number two.