Xbox One and Xbox One S have been hot in recent years, and now there comes the Xbox One X. The lately unveiled Xbox One X is said to be the world’s most powerful console, is this a truth or just an exaggeration made by Microsoft? Read on to get to know something that you might be interested in.

There’s no doubt that Xbox One X is unbelievably fast. One the on hand, the Scorpio processor of it is said to be the fastest processor ever put in a console. The processor runs so fast that it needs to be cooled by liquid, which is the first try on a console. On the other hand, it has 12GB of DDR5 RAM, a GPU clocked at 1.172 GHz and that’s capable of 6 teraflops of performance.

As a member of Xbox One family, Xbox One X works with all Xbox One games as well as all the accessories such as controllers, arcade sticks, headsets and more, so you can enjoy the original games with the new Xbox One X and don’t have to worry that the former peripherals would have to be stored somewhere dusty.

Xbox One X runs all the existing games for the console which includes Xbox Play Anywhere titles, backward compatible Xbox 360 games and so on, and those games will be checked and optimized so that you can get better gaming experience. Another thing that deserves expectation is that Microsoft will release a decent stack of big games at the same time of the releasement of Xbox One X, including Crackdown 3, Call of Duty: WWII and Destiny 2 and so forth.

Moreover, Xbox One X is featured with 4K gaming, and games like Gears of War 4, Resident Evil 7 and Final Fantasy 15 have been upgraded to 4K. The Xbox One X will also record game clips in 4K at 60 frames per second and will take 4K screenshots. By the way, there will be a 4K UHD Blu-ray player to serve up 4K HDR games. 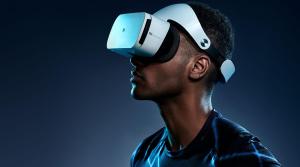 Although Microsoft is really devoted to VR and has announced that there will be several Windows mixed reality headsets coming out later this year, Xbox One X will simply not support VR, because Microsoft focuses on Windows PC-based VR instead of console.

After reading all of this, do you believe Microsoft’s declaration that Xbox One X is the most powerful console is true? If you do, then I’d be pleased to tell you that it will be released on November 7 worldwide and be sold at the price of 499 dollars. Just get ready to embrace it!