Usually, open a app you will open  a window on your MacBook. Some programs even let you open new windows on the fly; the following illustrates a window in its purest form: a new Finder window. To display this window on your own MacBook, choose File→New Finder Window or press Command+N. From here, you can reach any file on your MacBook or even venture to the Internet.

When you’re finished with a document or you no longer need a window open, you can close it to free that space on your Desktop. To close a window in Mac OS X, move your pointer over the Close button; it’s the red circular button at the top-left corner of the window. An X appears on the button when you’re in the zone. When the X appears, just tap the trackpad.

Sometimes we need to do something else in a hurry. We want to close all of the apps for a few seconds. If your computer have been used many years, you may encounter the app can not be closed very smoothly! So there are some ways to force closing your computer.

OS X has his own special window to handling apps that need to be force quit. You can access this window two ways, first, by clicking the Apple logo in the Menu Bar and selecting Force Quit. Or, you can bring up this same window by using the keyboard shortcut Command-Option-Escape. The window will display all running applications, and identify with red text any apps that are “not responding.” Just highlight an app and click the Force Quit button to quit it. As mentioned above, there’s no warning when you force quit an app, so be careful as you make your selection. 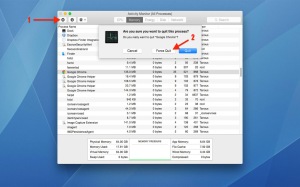 There is another way, you can directly force quit apps via a keyboard shortcut, without any other steps. This may be the best and most obvious method. But using the keyboard shortcut below will immediately force quit the active, or foremost, application. The problem is that it’s very easy to lose track of which app is active, especially when dealing one or more frozen or unresponsive apps. Therefore, this method is the most risky from a data loss perspective, as it’s far more likely that a user will make a mistake and inadvertently force quit the wrong app.

But, as long as you understand this risk and are careful, this force quit shortcut is the fastest method. To use it, make sure the frozen app is active and press and hold Command-Option-Shift-Escape (you’ll notice that this is simply the Force Quit Window shortcut with the Shift key modifier thrown in). As with other force quit methods, the active application will immediately be force quit.

Sometimes hardware issues or major OS X bugs cause so much instability that the only way to get your Mac up and running again is to reboot. Absent those relatively rare circumstances, however, you should be easily able to control any frozen or misbehaving apps by force quitting them via one of the methods above. Just be sure to save your work when possible, and double-check your steps to avoid quitting the wrong app. 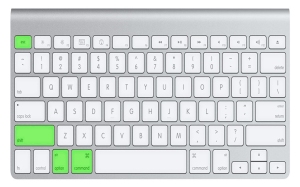 All of us know, Forcing closes apps which is bad for our Macbook. If we have enough time to close our computer. Please close it one by one!