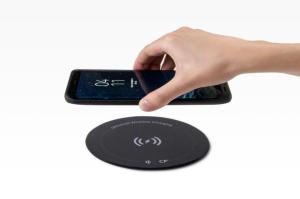 One of the biggest changes in Apple’s new iPhones is the long-awaited addition of wireless charging. Wireless charging has been around for years at this point and it has left time for a large ecosystem of accessories to build up.

Apple will eventually release its own wireless charger, called AirPower, but it is not set to release until sometime next year. If you want to be able to charge an iPhone 8 or iPhone X sooner, you’ll need a third-party alternative.

There are tons of wireless charging options out there in the world, thus, finding one exactly good for your new iPhone can be confusing. To help you get ready, we put together a guide of what to look for in a wireless charger for your next iPhone.

Qi charging: This may seem obvious, but there are a couple of other wireless charging standards out there, so make sure whatever you pick up supports the Qi standard.

7.5W of power: The iPhone X and iPhone 8 are designed to charge at a maximum speed of 7.5W，so while chargers that output less than that amount will probably charge your phone, you’ll get the best performance from something rated for the full 7.5W. 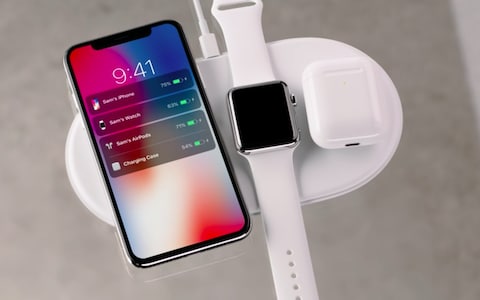 Standard connector: Most wireless charging pads plug into an adapter of some kinds to actually connect to a wall outlet. Some companies use weird proprietary jacks to plug in the pads, and others use standard ones like Micro USB or USB-C. If you can, it is probably better to go with a standard connector, just in case that you may damage or lose the cable. While there are not any yet, it might be worthy holding out for someone to make a Lighting-compatible charging pad so that you will be able to directly charge your phone with one cable.

Wall adapter: By the same vein, check to see if your charging pad actually comes with a wall adapter. If you’re expected to provide your own, make sure that it can provide enough wattage to charge at full speed — a 7.5W pad with a 5W wall jack will only charge at 5W.

AirPower: Lastly, you might just want to wait a bit. Apple showed off a new wireless charger, called AirPower, that’s set to launch sometime next year, which is expected to be able to charge an iPhone, Apple Watch Series 3, and AirPods simultaneously — typically, chargers can only power one device at a time.

It’ll also use a Lightning cable for connectivity, which as mentioned before is useful for iPhone users. Plus, Apple is working with Qi to integrate AirPower features into the Qi standard, so it’s possible we’ll see new third-party chargers with similar functionality not too farther down the road.