Apple released the brand-new iPhone X at the Steve Jobs Theater in California, featured with the edge-to-edge display and a new security mechanism named Face ID, which is a facial recognition technology replacing previous Touch ID. Some Advantages of Face ID Over Touch ID

“Unlocking it is as easy as looking at it and swiping up …” Tim Cook said, waiting an awkward few seconds while the device refused to unlock. He tried a second time. Again, nothing happened before switching to a backup phone. 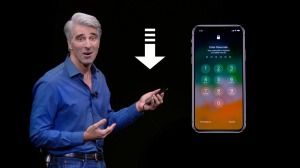 Comparing to the worry that the facial recognition technology may do not work in some circumstances, people seem to worry more about its security level. Can you or anyone else spoof face ID with a picture of someone’s face? This is a problem raising a lot of concern.

Can you or anyone else spoof face ID with a picture of someone’s face?

A spoofer can find photos of the picture of your face if your family or friends post pictures on Facebook, whereas fingerprints are left behind on surfaces in public places, such as restaurants or bars. While such identity theft might sound like a scene from spy movies, those scenarios are certainly possible. Therefore, if facial recognition can be fooled by a photo, it’s definitely a scary story because your photo is more gettable than your fingerprint in this day. However, Apple claims that Face ID is incredibly accurate and secure, and states that there’s a 1 in 1,000,000 chance of a passer-by on the street gaining access, compared to 1 in 50,000 with Touch ID. All Touch ID Apps won’t use Face ID until updated

The magic behind this function is due to the TrueDepth camera system featured on the iPhone X, comprised of a flood illuminator, IR camera and a dot projector alongside standard components like the front camera, speaker and proximity sensor. The flood illuminator detects your face, even in the dark, before capturing an image with the IR camera and projecting 30,000 dots onto your face to take a depth reading. All this is analyzed using Apple’s A11 Bionic chipset capable of 600 billion operations per second and is compared with credentials stored on the iPhone.

Apple claims that the Face ID system can’t be fooled by photos, videos or any other kind of 2D medium thanks to the way faces are measured in 3D. However, even with 3D image capture, some facial recognition systems can be fooled with an accurate model or mask of someone’s face. The company said they have even worked with high-end Hollywood mask makers to make sure that even the most detailed, life-like masks wouldn’t fool it – although the company didn’t mention during the press conference whether the masks actually fooled it in the end.

However, a video on YouTube shows that several twins test Face ID. One of the twins sets up the Face ID. The other one tries to unlock it by himself. And surprisingly, he does unlock the iPhone X. So if you have a brother, you should carefully consider this problem. LOL How about somebody makes a skin mask and pretend…… Hope this isn’t gonna work.

If you have preordered an iPhone X/ 8 plus/ 8, just send email to testing@easyacc.com and win a chance to try out our new cases for them now! 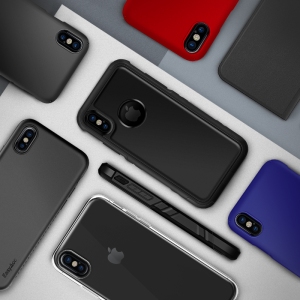 Does the iPhone 8 have a headphone jack

How much will the iPhone 7 price drop after the release of Apple iPhone 8?