Another advantage of choosing the original keyboard is it the same as the MacBook key, it would be more easily adapt if you often switch to use. 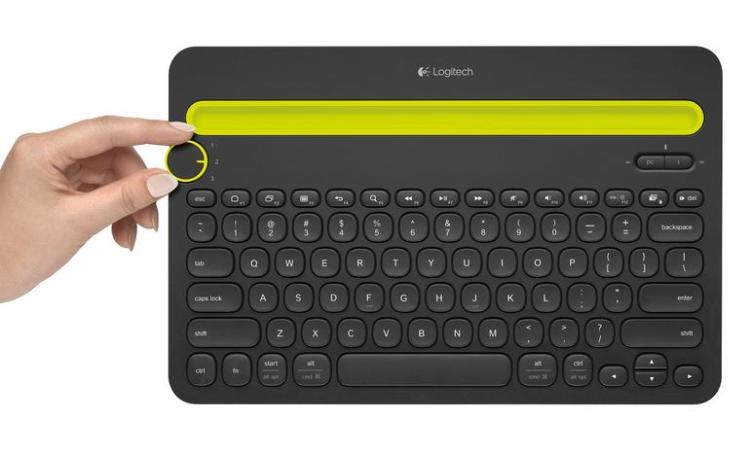 You can feel the appropriate distance among the keys in use, the K480 Bluetooth keyboard is not as compact as the general design of the Bluetooth keyboard which easily produce press key incorrectly. The advantage of membrane keyboard calibration and soft and flexible input feeling make people enjoy using. Rotating the dial to achieve switch among different systems and different devices, for those using tablet can do things a lot with facility by the help of the K480 Bluetooth wireless keyboard. 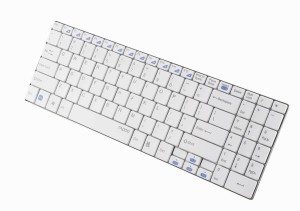 The size of Rapoo E6300 Bluetooth keyboard is very small which is designed specifically for the iPad, space among keycaps is minimum and users need to take some time to adapt it. The key features with more than ten “Fn” combination of shortcut keys, so that makes the iPad is more convenient to use. In addition, The menu key on the keyboard designed for Apple operating system.

In fact, Rapoo E6300 can be used in iPad, iPhone, Mac and Bluetooth-enabled PC. But in the non-ios system equipment, some keys can not play shortcut keys function. in general, The process of connecting devices is relatively fast and simple, and the connection is stable, there is no self-disconnection condition.

The thickness of Microsoft Bluetooth wireless 6000 is only a few millimeters, the weight is very light, the thinnest section of the keyboard is only little thicker than the normal AAA battery which means it’s very portable. In addition to it also uses a 6-degree arc design, Microsoft said most users prefer to have a curved shape keyboard, 6-degree arc would be more scientific which allows users to wrist more comfortable. What’s more, this keyboard also has a separate portable Bluetooth digital keypad.