The Wire Equation
The wire equation is the first culprit. In simple terms, the equation states that the thinner the wire, the more it impedes electrical flow. That makes sense; it’s hard to drain a pool with a straw.
Most USB cables use very thin wires to conduct power, often using the same small gauge used to transfer data. The choice to go with smaller gauge saves cost and makes the final product thinner and more pliable. But it comes at a performance cost. And this performance cost gets worse for bigger devices. 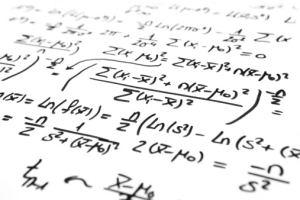 The USB standard is based around a fixed voltage, 5 Volts. This is a nice safe voltage for small devices and humans alike. But to get significant power from such a low voltage, high current is required. This is where another equation, Ohm’s Law, gets in the way.
The implication is this: the loss of power across a cable gets much worse, exponentially worse in fact, as the demand for power increases. A charging tablet will typically pull twice as much power as a charging phone. But the power loss in the cable will be four times as much for the tablet.

Length Matters Too
We all love the convenience of longer cables. But the wire equation also informs us that the longer the wire gets, the more it impedes electrical flow. Thankfully, this impedance is linear and not exponential. Still, a two meter cable will lose twice as much power as a one meter cable. 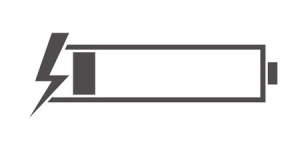 Bad Charge
All this power loss ends up as wasted heat rather than useful charge. Your device is seeing less power than it deserves and taking longer to charge than it should. On top of that, loss of power leads to loss of voltage. Low voltage makes your device work harder as it charges and can even prevent your device from getting to a full charge.

Well-made cables have a flexible metal shield surrounding the wires. You can’t see it, but it’s there just beneath the outer jacket. This shield helps prevent the electrical noise within the cable from getting out and also reduces interference with the high speed data traveling within.
A common shortcut that many cable makers take is to simply remove one of the wires and use the metal shield as a wire. It sounds crazy, and it is not the right way to make a cable. The problem with removing a wire and using the shield as a conductor instead is that the shield is trying to do two things at once. What used to be the shield is now carrying power, and potentially more electrical noise.

Use Good Cables
Use high quality cables with thicker wire gauge that have proper shielding. Make sure that the cable connectors are robust. Pay particular attention to cable construction when selecting cables longer than one meter.
The bottom line: poorly made cables can cause problems including slower data transfer speeds and increased charge time. 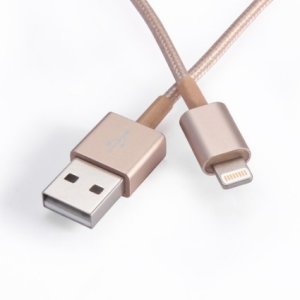